For DVDs and Blu-ray discs, parents seeking guidance on appropriate audio described offerings for their children should consult our DVDs listing and choose the "Kids' DVDs (G/ PG)" option.

Our Television page will guide you to children's offerings on Saturday mornings on various networks.  You'll be mostly on your own to find programming on PBS, since they refuse to list which shows they describe; but we try to help with this Partial List of Audio Described Shows on PBS. 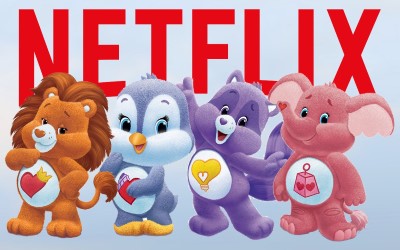 As of January 2022, within that one-third, Netflix offers 350+ programs in the Kids & Family genre, and over 250 animated programs age-appropriate for children under 13, many of them for ages 0-6.  Some are series, some are movies.  To aid parents in selecting appropriate programming, we are including the Netflix-suggested ratings for all programs in our own listing.  Visit our Netflix page and use the By Genre and By Rating options to find both animated and non-animated age-appropriate shows along with their ratings.

Netflix ... is spending a significant part of its content budget on movies and programs geared toward kids' entertainment. Already it has by far the biggest content budget, adding up to $5 billion, which is half of total box-office revenue. By allocating a higher proportion of the budget to content aimed at a younger audience, the firm hopes to create a long-term fan base. Back in January, Ted Sarandos, chief content officer of Netflix gave a hint about this when he stated that the firm would be "doubling down on kids and families."  Of the 70 "global originals" which the firm hopes to release this year, 20 are made for kids.  (Rohit Chhatwal, 12-Apr-2016) 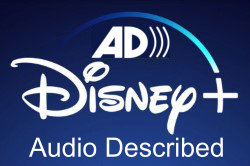 Disney+ is another streaming service where you will find nearly 850 age-appropriate titles described.  (In 2022, they introduced some adult titles to the service, so that number is now a little high.)

New in 2021 is a service called Imagination Videobooks, which has added audio description to both audio- and video-books.  We do not list their offerings separately on this website, so be sure to check out their rapidly expanding catalog, which is created in conjunction with the Described Captioning and Media Center.